No Remote Control? - How to play Blu-ray without Remote

Free Download
Free Download
If you love watching movie and always want to enjoy high definition experience, then you must be very fond of any Blu-ray format movies. To play any Blu-ray disc with a Blu-ray player is the best way to meet your need. Generally speaking, to make your Blu-ray disc playing, you need a remote to control the player. Well, have you ever thought that if you lost your remote controller or it just broken, how can you play your Blu-ray without remote? Take it easy, there is always a way to fix your problem. Below we gonna talk about how can you play Blu-ray without remote.
Contents

Solution 1. Operate with the Buttons on Blu-ray Players

As a matter of fact, it's also available for you to play Blu-ray without remote. You can control the playback with the buttons on your Blu-ray players. Somewhere on the front or even the top panel there should be some basic function buttons, including the universal Power on/off button, the Eject button, the Play/Pause button, the Skip track button and the Stop button. You can press the buttons according to your needs like selecting subtitles or different audio options to control you play the Blu-ray player.

Or if you are still not very clear with the buttons, you can refer to the manual of the Blu-ray player and read the detailed information and you can figure out finally.

In addition to control with the buttons on the Blu-ray player, there is another more efficient way for you: download universal remote apps. For users of Android Smartphone, you can take the advantage of the function of the infrared blaster (IR blaster) in which could emulate an infrared remote control to autonomously control your Blu-ray players, TVs, home theater systems etc. There are smartphone apps like AnyMote, ASmart Remote IR, Peel Smart Remote, IR Universal Remote etc. Here I will take ASmart Remote IR as an example and show you how to do it.

Step 1. Download ASmart Remote IR and open it on your phone.

Step 2. After installation, select device you want to control and model to set up. You can tap the arrows at the bottom to switch between interfaces (keypad, playback, etc.)

The above two methods are feasible for you to solve your problem, but here I would like to introduce you a much easier way to help you play Blu-ray without remote. The powerful program I want to recommend is VideoByte Blu-ray Player. With the help of VideoByte Blu-ray Player, you are able to play commercial and homemade Blu-ray discs on PC without limitation. Besides, playing DVD disc/folder/ISO files is also available. You can even do personalized and preference settings.

Step 1. Firstly, you should be connected to the Internet so that the software can decode the copy-protection used on the discs.

Step 2. Download and install VideoByte Blu-ray Player on your computer.

Step 3. Connect an external Blu-ray drive to your computer and insert a Blu-ray disc to the drive. 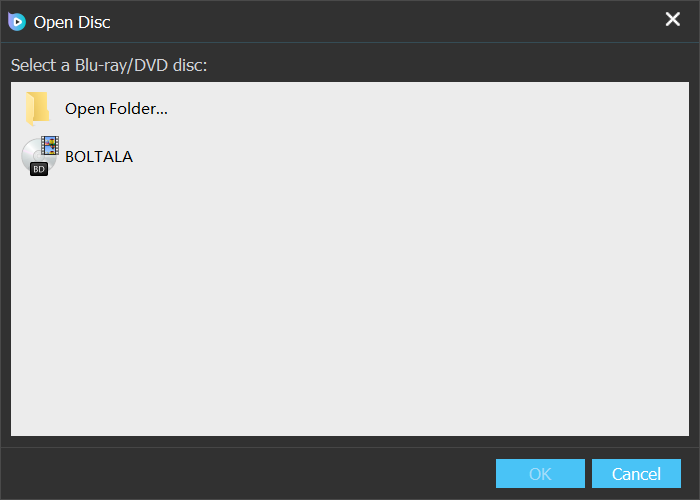 Step 4. Click "Open Disc" from the main interface, and load the Blu-ray disc. After loading, you can see the Blu-ray movie. Now, you are able to choose the chapter, audio tracks and subtitles as you like. When the settings are done, click "Play Movie" then you can enjoy the Blu-ray movie. 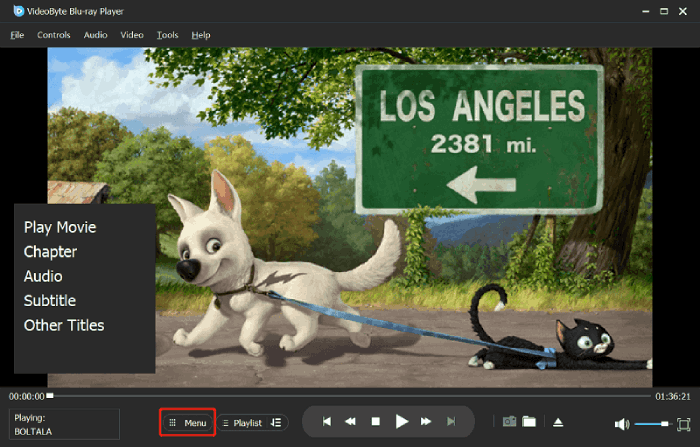 In short, there are three ways for you to play Blu-ray without remote. You can just control with the buttons on the Blu-ray player, download universal remote apps and last but not least, use VideoByte Blu-ray Player. All these ways are working out the problem. However, VideoByte Blu-ray Player is my prior recommendation for you if you have no remote control with your Blu-ray player. It is really useful and powerful program, you'd better try it yourself!