VideoByte Blu-ray Player is an excellent Blu-ray player software in the current market. It might be one of the best one. This program is specially designed for helping you play encrypted 1080P Blu-ray disc, Blu-ray ISO file, and BDMV folder on the computer including Windows 7 OS. It won't be restricted by the Blu-ray regions. The visual experience will never let you down when playing Blu-ray disc with it.

More than that, if you not only own Blu-ray disc but also have DVD disc, you don't need to find yourself a new DVD player for Windows 7, you can enjoy DVD disc by using VideoByte Blu-ray player without any trouble.
Free Download
Free Download

The free trial version is available for every user. You can directly click the "Download" button above to download the setup file and follow the instructions to install VideoByte Blu-ray Player on your Windows 7 computer. After finishing the installation, you can launch the program. 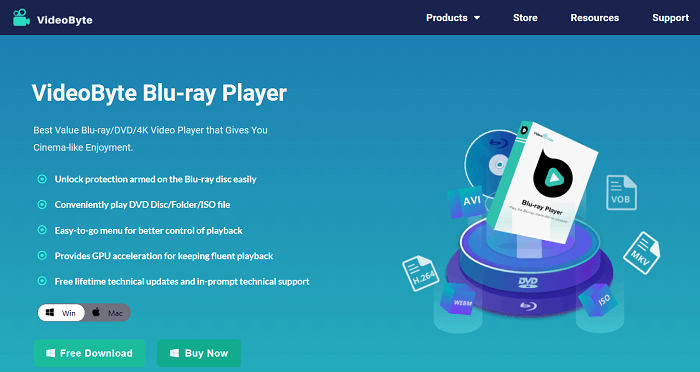 Step 3. Load the Blu-ray Disc to the Program

On the main interface of VideoByte Blu-ray Player, there are two big buttons: "Open File" and "Open Disc". To open Blu-ray disc/BDMV folder/Blu-ray ISO, you need to click on "Open Disc". The "Open File" option is to play common video files such as MP4, MKV, VOB, etc.

When this program finished loading the Blu-ray disc, you can see the menu below. Before playing, you can select another title, chapter, subtitle track, and audio track that you want to display. After that, you can click the "Play Movie" button to enjoy your Blu-ray movie on Windows 7 computer. 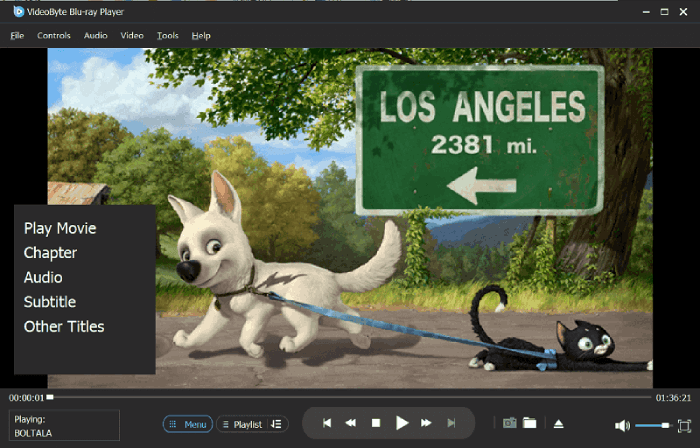 These are all steps to play Blu-ray on Windows 7 with VideoByte Blu-ray Player. After the installation of this Blu-ray player software, you can enjoy almost any Blu-ray movies regardless of protection and restrictions embedded in the disc with 4 steps. So what are you waiting for? Welcome to download and take a try.