Free Download
Free Download
Most common media players are unable to play Blu-ray ISO files, as well as Blu-ray disc and Blu-ray folder. If you want to enjoy the latest release movies in Blu-ray disc/folder/ISO, you first need a Blu-ray player.

In this post, we focus on the top 5 best Blu-ray ISO player software (not hardware) in the market and try to compare them objectively. By reading this article, we hope user can find the most suitable one to take the place of a physical Blu-ray player and watch Blu-ray movies at a lower cost from now on.

If you only want to know how to play BD ISO file, please refer to: How to Play Blu-ray ISO Files on Windows/Mac.

Now, we will start:

• Free or Paid: Everyone wants to save money

• Stability: The easier, the better

• Compatible Operating Systems: Find the right software for your computer

VideoByte Blu-ray Player is an increasing popular Blu-ray player. This program can play Blu-ray disc, Blu-ray ISO file, and Blu-ray (BDMV) folders with lossless quality. It also allows you to watch Blu-ray movies protected by different technology such as AACS, BD +, MKB, CSS, etc. Better yet, it can act as a DVD ISO player to help you play DVD ISO image file on PC easily. And it fully support the playback of the common videos, and 1080p HD videos such as MP4, MOV, MKV, AVI and more.

Along with delivering the high definition pictures, it also supports surround stereo audio with advanced audio decoding technologies such as DTS5.1 audio decoding, Dolby, AAC, TrueHD, and DTS-HD. To bring better user experience, it offers detailed navigation and full playback control which allows people to select subtitles, audio tracks, and videos during playback, customize background picture and change program skins, etc. With it installed on your computer, you can easily open and play Blu-ray ISO files.

PowerDVD is one of the best Blu-ray ISO movie player for Windows. Aside from Blu-ray ISO files, the latest version of it (PowerDVD 17 Ultra) supports playing DVDs, Blu-rays, VCDs, and CDs. Not restrained in the computer, this software can help to casts media wirelessly to Apple TV, Roku and Chromecast. So you can watch Blu-ray movies on the bigger screen. For video and audio quality, PowerDVD supports leading digital audio standards like Dolby Digital Plus, DTS-HD, and DSD and it can show you the movie with Ultra HD quality.
By using PowerDVD, you can even play UHD Blu-ray ISO movie on Windows 10 with ease. 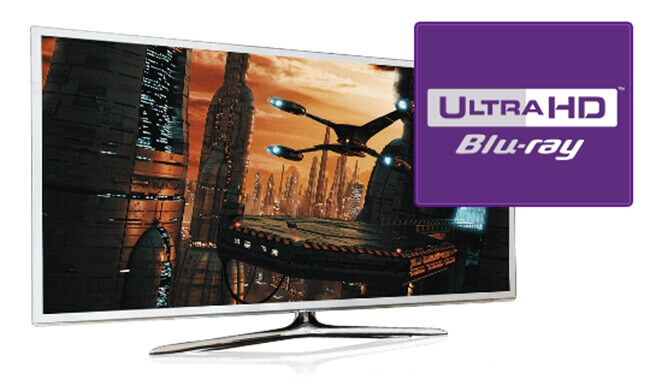 As its name suggest, Macgo Blu-ray Player Pro (It also has a standard version) is an excellent mac Blu-ray ISO player which also can play Blu-ray Disc, Blu-ray (BDMV) folders and DVD disc. It can perfectly output up to 1080p High Definition quality without loss. For audio quality, it supports DTS 5.1, Dolby TrueHD Audio DTS-HD Master Audio and Pass-Through without any quality loss to take you experience HD audio-visual feast.

VLC is also a well-known free ISO image player, which can play both DVD ISO and Blu-ray ISO on computer with the help of a virtual drive. However, the ISO playback feature only available on VLC 2.0 or the later version? I put VLC in the last option because if you want to use VLC to play Blu-ray ISO files or disc, you need to perform many more extra steps. These steps of playing Blu-ray with VLC may make green hands confused. If you are really interested in it, just search on Google.

The Full Comparision of Blu-ray ISO Players in Charts