Free Download
Free Download
While DVD seems a thing of the past, Blu-ray is the new trend among quality content lovers. So do you want to burn blu-ray Disc, blu-ray folder or BD ISO?
Then, you will need a blu-ray creator. Today, most of Blu-ray or DVD creators offer far more than mere disc burning, with authoring tools that let you create intros, menus, and chapters on the media. Some also offer help with compressing videos.
In this post, we will introduce 7 best Blu-ray creator or Blu-ray burner software for Windows and Mac. Well, we will also show you how to play the Blu-ray disc you have created on your computer easily.
Contents

BurnAware Free manages to perfect the balance between ease of use and range of features, and yet it is available completely free of charge. Rather than being fill with options and features which are rarely used, BurnAware focuses on the disc burning tasks which most users need most frequently. 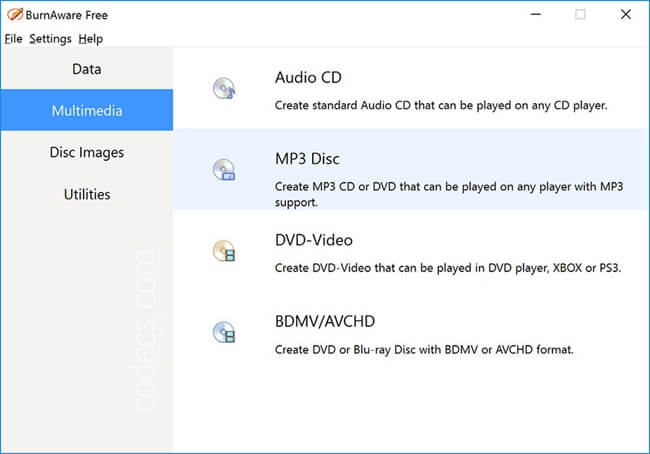 StarBurn is a free and powerful tool that allows you to grab, burn and master CD, DVD, Blu-Ray and HD-DVD. The program supports all types of optical storage media (including CD-R/RW, DVD-R/RW, DVD+R/RW, BD-R/RE, HD-DVD-R/RW and DVD-RAM) and a wide variety of burning hardware.

• Can burn audio CD (i.e. the type of CD which can be played in any CD player, including your car)

• Can burn video DVD (i.e. the type of DVD that can be played in any DVD player)

• Can burn VCD and SVCD (i.e. video CDs; these types of CDs can only be played on devices that specifically support VCD/SVCD) 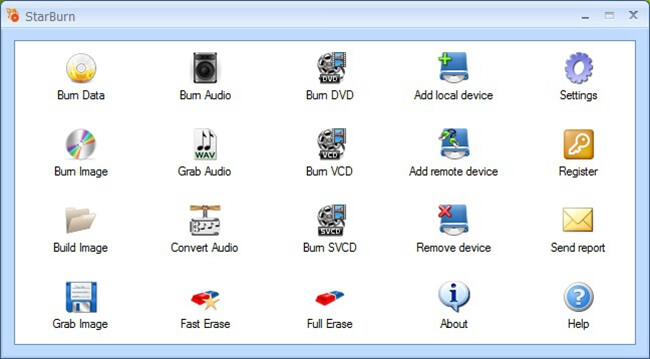 DVDFab Blu-ray Creator is a powerful Blu-ray burning software that lets you burn high-definition or standard-definition video onto Blu-ray discs quickly and easily. With full-fledged compatibility for both input (video files) and output (Blu-ray discs), this application offers an all-inclusive solution.

• Outperforms many other Blu-ray disc burners by focusing system resources towards burning and conversion, and by utilizing Intel Quick Sync technology 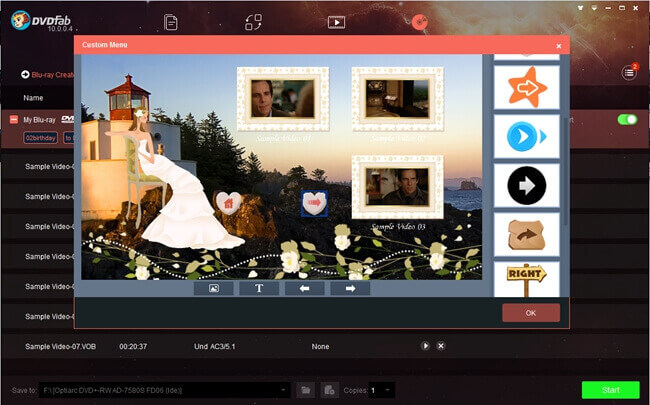 Blue-Cloner 6 is a full-featured Blu-ray copy/backup/burn/decryption software which can copy Blu-ray movies to blank Blu-ray/DVD/AVCHD discs or to the hard disk as Blu-ray folders and Blu-ray ISO image files.
The program offers both Express and Expert burning modules. Express mode is the easiest way to burn an identical or compressed copy of a Blu-ray movie. Once a disc (or disc image) is loaded into the interface, you start the burning process with just a few clicks. Expert mode is where you'll find the program's customization and compression tools. The compression options allow you to shrink a large Blu-ray movie to fit onto a smaller blank Blu-ray or DVD.

Leawo Blu-ray Creator allows you to create your own Blu Ray movie discs. Supporting the BDMV and AVCHD formats, anyone can be a Blu Ray movie creator from their computers. All popular video formats can be used to create your Blu-ray and DVD discs, including AVI, MKV, MOV, MP4, WMV, and FLV formats.

Thought its name is a DVD Creator, but the windows version of the program can help you to burn videos to blu-ray disc. It supports Blu-ray disc such as BD-R, BD-RE, BD-25 and BD-50.
Along with various DVD and blu-ray burning features, the software also offers a variety of editing tools. Features include rotate, crop, and trim files, adjust brightness, add transition effects, add background music.

How to Play Blu-ray Disc on Computer

VideoByte Blu-ray Player is one of the best Blu-ray player software for Windows and Mac. This software is able to play Blu-ray disc, Blu-ray folder (BDMV) and Blu-ray ISO image files on computer easily. Aside from the blu-ray disc created by yourself, it can play the blu-ray disc you purchased from Amazon, eBay, BestBuy, etc. With this software, you can easily enjoy the latest blu-ray movie at home.